Barvinok - Upcoming Alberta Tour About us

PYRETIC PRODUCTIONS and Alberta Council for ukrainian Arts IN ASSOCIATION WITH PUNCTUATE! THEATRE PRESENT the alberta tour of

Hania’s Baba has a secret. A secret she’s bringing with her to her grave.

Since moving into the long-term care centre Hania’s grandmother has been restless. She’s agitated. Something from her past is haunting her. She desperately asks Hania to return to their Ukrainian homeland and seek out a missing piece of their family history. Hania’s search brings her to the edge of the ongoing war in Eastern Ukraine.

Set in 2017, just 3 years after the Russian invasion in 2014, Barvinok weaves traditional polyphonic Ukrainian folk music and dramatic storytelling to tell a personal story of war and intergenerational trauma. It offers a rare window into the human stories of resilience behind the unimaginable experience of war, both past and present.

The play is inspired by the experiences of the playwright’s grandparents who fled Ukraine during WWII, and true accounts of people interviewed in conflict zones in Eastern Ukraine. In October 2017, Pyretic Productions traveled to Ukraine and ventured within just 5km of what was then the frontline, where they interviewed dozens of people affected by the ongoing war. Pyretic returned in October 2018 to further develop and workshop the play with Kyiv-based local theatre company Wild Theatre and presented a sold-out staged reading at the infamous Les Kurbas Theatre. 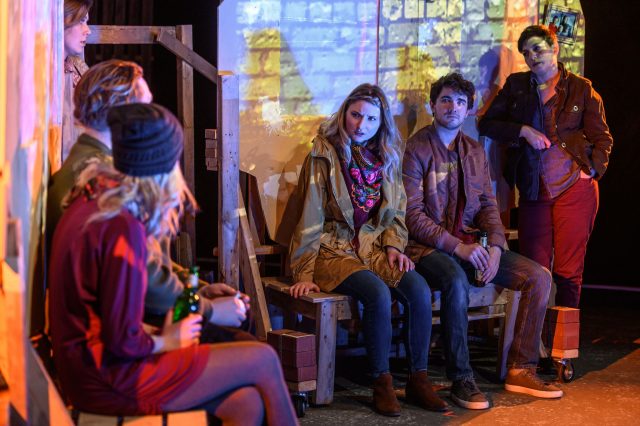 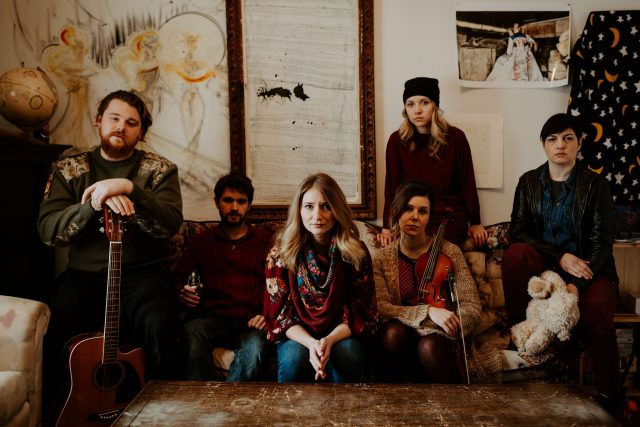