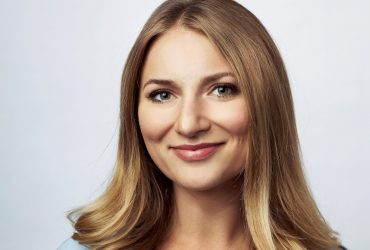 Lianna Makuch is a second generation Ukrainian Canadian theatre artist. Lianna has enjoyed a diverse career working as an actor, creator, and theatre instructor. She is co-Artistic Producer of Pyretic Productions and a producer with Punctuate! Theatre. Lianna has also co-founded, manages, and teaches at a children’s summer theatre camp, Spark! Youth Camp, which provides affordable arts education to youth in Edmonton’s Alberta Avenue Community.

Lianna is also the playwright and principle performer in Barvinok, which has garnered her awards and recognition from across the country and internationally. The production has been recognized with several artistic and community awards including the ACUA-URDC Award (2018), Anna Pidruchny Award for New Writers (2019), a Hetman Award from UCC-Alberta Provincial Council (2019) and Youth Leadership Award from the Ukrainian Canadian Congress National Council (2019). Lianna was recognized as a Top 30 Under 30 Artist by the Alberta Council for Ukrainian Arts, and the play was nominated for four Elizabeth Sterling Haynes Awards including Outstanding New Play and Outstanding Production. She is also the 2020 REACH Grant recipient, which is supporting her as she develops this story into a feature length screenplay.

Lianna was recently the first Canadian artist-in-residence with the IZOLYATSIA cultural Institute in Kyiv, Ukraine, where she began development of her new play which she is thrilled to continue developing as part of the Punctuate! Playwrights' Unit. Lianna is a graduate of the BFA Acting Program at the University of Alberta.

Through her artistic work, Lianna has found passion for activism. She is a founding member of Canadians in Support of Ukrainian Political Prisoners (CSUPP), and was an integral part of creating and circulating a petition calling upon the House of Commons to demand the release of Ukrainian political prisoners. The petition was tabled in parliament by Linda Duncan on 9 November 2018 and received a supportive response from the Minister of Foreign Affairs, Chrystia Freeland, on the 31 January 2019. Lianna was also a key leader in fundraising for the Ukraine-based NGO “Our Children,” a group which fundraises for families of political prisoners in Crimea.

Director credits include: Blood of Our Soil (2018), Bears 2015/2018 (Associate), The Particulars(2015), and The Other(2016). He is the co-founder of the Common Ground Arts Society, and later worked as the Executive Director of Common Ground’s Found Festival. He is a graduate of the National Theatre School of Canada and the Citadel Banff Professional Theatre Program. In 2014, he received the Enbridge Emerging Artist Award through Nextfest. Throughout 2012–2016 Patrick worked as the Associate Director of Outreach and Education at the Citadel Theatre and as an instructor at the Foote Theatre School. He is a Sterling-nominated actor. 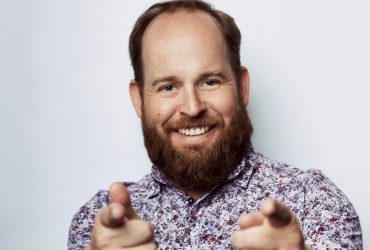 Stephanie Bahniuk is a set, lighting and costume designer from Edmonton, Alberta, Canada. She recently graduated with her Master of Fine Arts in Design at Yale School of Drama in New Haven, Connecticut.

Stephanie previously studied at the University of Alberta in the Bachelor of Fine Arts in Theatre Design program where she earned her degree with distinction in the Spring of 2015. After completing her studies, Stephanie began a freelance career that resulted in many exciting projects both locally and beyond. She was awarded the 2017 Elizabeth Sterling Haynes Award for Outstanding Set Design for her work on Stupid Fucking Bird (Edmonton Actors Theatre). She was also nominated in the Outstanding Artistic Achievement, Theatre for Young Audiences category that year for her lighting and set design of Alberta Opera's Hansel and Gretel.

Stephanie had the opportunity spend three seasons at Williamstown Theatre Festival in Massachusetts. During her last summer there, she took on the role of Lead Assistant Costume Designer and assisted Jane Greenwood. In addition to her assistant work, Stephanie also designed multiple Fellowship Plays and Musicals.

Stephanie began her theatre career as a dancer and was a member of the Ukrainian Shumka Dancers for seven years. She toured both locally and internationally with the company before her retirement. In February of 2018, Stephanie was named one of Alberta Council for the Ukrainian Arts' Top 30 Under 30 Artists for her work within the Edmonton community.

During her time at Yale, Stephanie designed over twelve Yale Cabaret and Verano Summer Cabaret productions as a set, lighting and costume designer. She also had the pleasure of designing costumes for Aneesha Kudtarkar’s directing thesis of Trouble in Mind as well as Jeremy O. Harris’ thesis production of YELL: a documentary of my time here. Stephanie also had the opportunity to collaborate with Laurie Woolery and Mary Kathryn Nagle to design the costumes for the East Coast premiere of Manahatta for which her work received critical acclaim. She was awarded the Jay Keene and Jean Griffin Keene Prize in Costume Design to recognize her work during her time at Yale.

Stephanie is currently working on the production design for world premiere of Michael Mysterious and Alina with Pyretic Productions. She would have spent her summer as the Assistant Costume Shop Manager for Williamstown Theatre Festival but the season was cancelled due to the pandemic. She is also a member of the costume team for Netflix’s POSE.