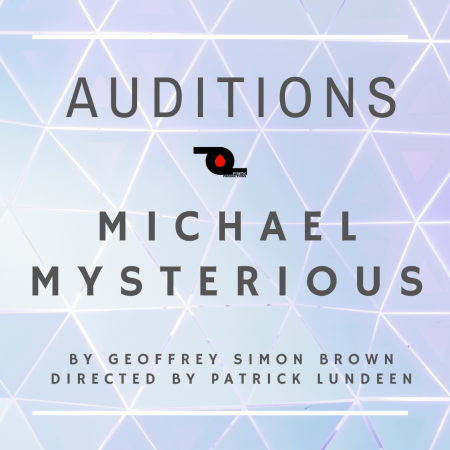 **UPDATE AS OF 18 MARCH 2020** –> based on the  COVID-19 global pandemic defined by the World Health Organization (WHO), in addition to the regulations set in place by the Canadian and Albertan governments, we have made the important decision to cancel in-person auditions for the production. Pyretic Productions takes the health and safety of our local population extremely seriously, and we will not put artists or anyone else at risk. More information about the COVID-19 coronavirus can be found here.

But we are lucky enough to live in a digital world. And as a result, we will be running this first round of auditions through video submissions.

Please continue to submit for an audition until MARCH 23. Please note that due to limited available audition resources only select applicants will be scheduled for an audition.

Please submit for an audition through the following link: https://forms.gle/yQkjydartM7hNEGV8

*The project will operate under CAEA Indie 2.2.

ROLES TO BE CAST:

– Michael (15) – Gentle. Quiet. Sometimes thinks he is invisible. Doesn’t really know how to fit in anywhere and doesn’t try that hard. Defined mostly by a seeming lack of identity. A rich interior world that we don’t get to see very often. An enigma that other people imprint their wants onto.

– Jeremy (17) – Showoff. Braggart. Desperate to fit in. Always changing what his “thing” is. Looking for someone to be lower status than him. Doesn’t really think about other people’s feelings. Arlene’s son.

– July (17) – Smart. Fiery. Doesn’t feel like she really connects with anyone around her. Desperate to leave. Hard exterior armouring a big heart. Doesn’t trust easy. Smokes a lot of pot. Paul’s daughter.

– Paul (40s-50s) – Aloof. Wealthy. Has an important job that takes him out of the house a lot. A little disconnected from his family because of it. Really tries to avoid conflict, but then it slips out in weird places. Doesn’t know how he got to be this old. Divorced. July’s father. Dating Arlene.

Pyretic Productions is committed to diversity in casting. We believe in equity and inclusion and strongly encourage submissions from all artists regardless of gender identity, age, race, sexual orientation, and physical ability.

*Due to limited available audition times only select applicants will be scheduled for an audition.

*Non-local applicants must be willing and able to work as a local for the duration of the contract. (We will not be able to offer per diems or accommodation in Edmonton)

*Video submission applicants must be available for the callback date.

*Pyretic Productions will reimburse up to 50% of bus or gas expenses within Alberta associated with non-local performers attending a call back.